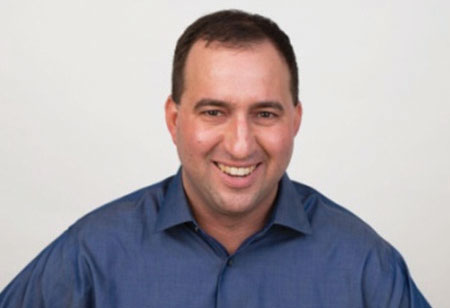 The growth and potential of autonomous vehicles is leading new entrants to the automotive industry, creating many new opportunities. Specifically, the participation of technology and ride sharing companies in the mobility ecosystem provides consumers with new products, and suppliers with new customers.

Autonomous vehicles have brought new companies into the mobility industry. Technology companies like Waymo and Baidu focus on building the software and artificial intelligence that runs self-driving cars. Ridesharing networks like Uber and Lyft are working to lower cost-per-mile by introducing autonomous vehicles.

These new entrants are changing relationships between automotive companies, and positions in the value chain. Until recently, automotive manufacturers had the strongest brand connection to consumers. Ridesharing companies, however, are competing for brand loyalty, much the same way that airlines, not airplane manufacturers, maintain the strongest consumer connection in the air travel industry.

Both automotive suppliers and manufacturers view technology companies as potential customers and partners.

Suppliers, particularly computational and sensor suppliers with high-value, differentiated products, are working with companies across the value chain. Similarly, some manufacturers view new entrants as potentially massive new fleet customers. Volvo has agreed to sell Uber up to 24,000 self-driving cars, and Jaguar has agreed to sell Waymo up to 20,000 iPace vehicles, for use as autonomous vehicles.

Automotive companies have different views on the safety and efficacy of selling partially autonomous systems to customers. Tesla, for example, has been enhancing its Autopilot advanced driver assistance system for several years. The system is now capable of driving from exit to exit on some highways, and changing lanes to overtake slower vehicles.

By contrast, many automotive and technology companies are jumping straight to vehicles that are fully autonomous, at least within a specified geographic area. These vehicles function primarily for ridesharing, given their limited area of operation.

But within that area, they need no steering wheel or human intervention, and can operate 24 hours per day. Beyond the automotive industry, autonomous vehicles are already bringing changes to industries as diverse as freight, farming, mining, and logistics. Autonomous trucking efforts are underway at manufacturers like Daimler Trucks and Tesla, but also at technology startups like Embark and TuSimple, and even Waymo. Most of the distance trucks travel is on highways, which are primarily well-maintained, controlled-access environments that lend themselves to self-driving vehicles. Some companies are focusing on end-to-end trucking solutions, while other companies envision logistics hubs next to highways that serve as a transfer point between autonomous trucks on the highway and last-mile, human-driven trucks.

In a different environment, farmers are using self-driving vehicles to plow and maintain fields. The repetitive routes traversed by farm vehicles lend themselves to automation, which is why John Deere has been selling self-driving tractors to farmers for years. Likewise, mining vehicles operate maneuvers that are both hazardous and rote, so a number of mining equipment manufacturers have autonomous systems in operation around the world.

Within warehouses, companies like Amazon Robotics (formerly Kiva) move machines between inventory shelves, but also move the inventory shelves themselves across the floor, thanks to indoor autonomous systems.

Self-driving cars are only beginning to reach the public in limited tests. Over the next few years, however, expect to see public availability of self-driving cars in a much wider variety of contexts, and across a large number of industries. As the public interacts with these vehicles, new use cases will emerge. Odds are, the most important changes autonomous vehicles will bring to the world are ones that nobody is thinking of yet.